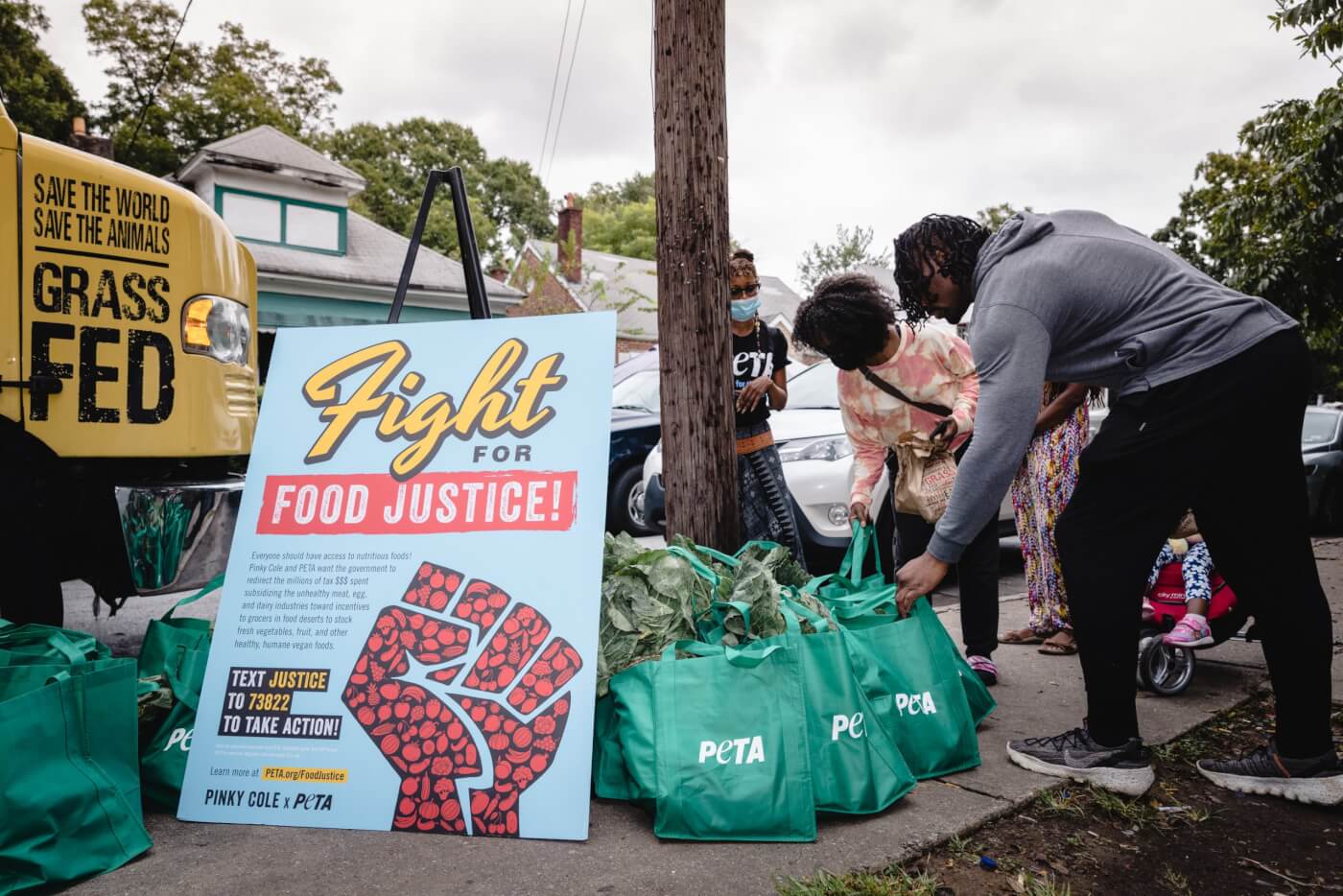 Participants also picked up PETA’s free vegan meal starter kits, which include a reusable green grocery bag, an easy vegan guide, fresh produce and more. This is just the first of many fun events planned across the country, including Baltimore, Indianapolis, Los Angeles, and other cities.

Each year, the U.S. government spends about $ 38 billion in taxes to subsidize the meat, egg, and dairy industries, the vast majority of which goes to big business, not American farmers. Only about $ 17 million is used to subsidize the fruit and vegetable industries, even though the federal government’s own dietary guidelines to encourage people to eat more products and less animal products.

Urge your local, state and national representatives to join you in advocating for food justice. Ask them to redirect funds that support the meat, egg, and dairy industries to incentives for grocers in food deserts to stock healthy, cruelty-free vegetables, fruits and other vegan foods:

Traveling on a budget? Why you should avoid hostels and take a cruise instead