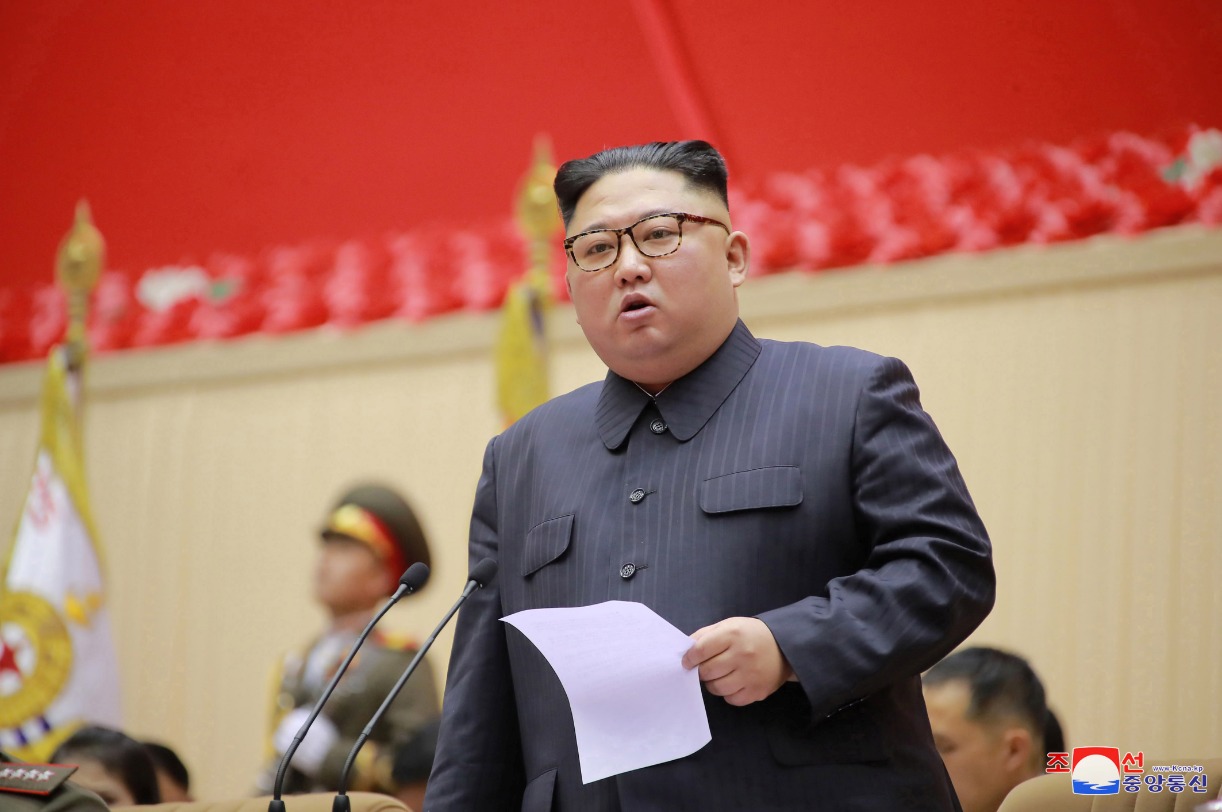 Kim, impeccably dressed in a Western-style business suit, spoke at the five-day Workers’ Party of Korea (WPK) plenum ending in 2021. The conference was largely inward-facing, missing “messages for the United States or South Korea like those Kim gave in previous New Year’s political speeches,” according to Colin Zwirko and Jeongmin Kim of NKNews. In fact, explained the Sejong Institute Cheong Seong-chang: â€œIf we see this plenum report as a replacement for Kim Jong-un’s annual New Year’s speech, it can be said to be by far the shortest mention of inter-Korean relations and foreign policy. “

The event focused on the economy, and in particular on food. the party report cited progress, including â€œbig improvement and resultsâ€ in the context of the implementation of the new five-year plan. The WPK noted that some projects were nearing completion. Yet significant difficulties were evident. The party admitted that it was seeking “to find the method to stabilize the economy under the most difficult circumstances”, which obviously has not been achieved. Additionally, the report cited success in “consolidating” economic rules involving state plans and “tightening” cabinet controls. It seemed to continue the reversal of economic reforms and the reaffirmation of the economic primacy of the state.

Rural development appeared to be the least successful. At least Kim and the party were more critical of current politics. WPK expose a typically positive goal, to “usher in a great new era of achieving radical development of the Korean-style socialist campaign.” Given the DPRK’s long-standing inability to feed itself, it’s hard to imagine what the party meant.

In any case, the “radical development of the Korean-style socialist campaign” has apparently not been achieved. The Supreme Leader did not look happy, although he avoided his harsh rhetoric earlier in the year when he said that the â€œfood situation of the population is now becoming tense because the agricultural sector has not succeeded in carrying out its cereal production planâ€. One of the items on the agenda during the June feast plenum was “on establishing an emergency policy to overcome the current food crisis”.

Nevertheless, outside observers told NKNews that the continued focus on the subject is important. Observed Joshua Pollack of the Middlebury Institute of International Studies: “This striking emphasis on agriculture combined with the many references to serious hardship suggests that hunger is already a serious problem.” The assessment of Thomas SchÃ¤fer, former German Ambassador to the DPRK, was similar: â€œSpending so many words on agriculture seems to be a clear sign that the situation there is truly dire.

At the last gathering, Kim pointed out “Solve the current rural problems to stimulate the agricultural production of the country”. He also ordered those gathered to “solve the problem of food, clothing and housing for the people.” This is probably necessary for it to fulfill his commitment to the party and the North Korean people: “The main task of our Party and our people next year is to provide a sure guarantee for the implementation of the five-year plan and to bring about a remarkable change in the development of the state. and the standard of living of the people. “

The obvious question is how? Especially since the regime has turned away from previous economic reforms. Which can be linked to other themes at the plenum.

One is the emphasis on security, with no hope of improving relations with Washington. Kim may have decided to make a long-term commitment to autarky and the practical abandonment, regardless of rhetoric, of any serious effort to improve the welfare of the North Korean people. NKNews’ Peter Ward argued that Kim’s emphasis on heavy industry may be a security measure, as “the regime must produce certain key industrial products for national defense and ensure self-reliance in key areas of the industrial economy.” Indeed, this approach is very similar to the strategy of Kim’s father and grandfather. The regime probably expects Beijing to see the North go through tough times.

The other problem is the fight against ideological subversion. Kim once seemed to welcome Western and South Korean culture, having hosted not only a K-Pop concert, but an earlier event with Disney characters. However, the regime recently started a dramatic crackdown on access to these prohibited fruits. The last plenum continued this theme, praising the North Korean youth who have abandoned â€œanti-socialistâ€ attitudes and turned to party submission. And the WPK pledged to “wage a more active struggle against anti-socialist and non-socialist practices throughout the Party, state and society.” Notably, economic isolation facilitates the application of ideological purity by reducing the opportunities for smuggling.

Pollack suggested further evidence of political concern. Kim Jong-un’s significant weight loss was noted earlier this year and related to potential health problems: either the Supreme Leader suffered from a serious illness or sought to avoid suffering from a serious illness. However, supported Pollack, â€œIt seems clearer than ever that his former stoutness had become a political handicap: we could deduce that hunger is already reaching the support base of the regime and is not limited to the countryside. Kim’s alleged desire to avoid her father’s untimely death always seems a more plausible motive, but if widespread malnutrition and starvation persist, the old “Kim Fatty the Third” meme, like waggish Chinese netizens called him until it is censored by Beijing, could become more politically damaging.

Finally, the fact that Kim isn’t paying much attention to the United States or South Korea suggests a lack of interest in sanctions relief or, more specifically, a lack of conviction that it is likely. As NKNews’ Chad O’Carroll and Chaewon Chung observed, “The absence of a foreign policy was glaring: the report reserved more space for Kim Jong-un’s reflections on school uniform policy than for objectives concerning South Korea and the United States.”

This in turn indicates that Kim is likely to continue his ambitious weapons program. the party report concluded: â€œThe military environment of the Korean Peninsula and the tendency of the international situation to become unstable day by day requires that the strengthening of the defense capacity of the state be even more powerfully propelled without a moment. While it’s hard to separate his military wishlist from reality, Kim’s rhetoric suggests he will do his best to turn the first into the second.

There isn’t much good from the last WPK plenum for the DPRK, South Korea or America. However, the absence of rhetoric and inflammatory threats may portend relative international calm for at least a while as Kim focuses on solving domestic challenges. Moreover, Beijing’s alleged support may hinge on the North’s relative tolerance, at least when it comes to nuclear and intercontinental ballistic missile (ICBM) testing.

The Republic of Korea and the United States should continue to press for a commitment, but do so without any illusions. With Pyongyang and Washington preoccupied with domestic issues, the two sides may end up playing an updated version of “strategic patience.” While not a satisfactory result, it would be better than another round of “fire and fury”.

Doug Bandow is Senior Fellow at the Cato Institute. Former Special Assistant to President Ronald Reagan, he is the author of several books, including Tripwire: Korean-US Foreign Policy in a Changing World and co-author of The Korean conundrum: America’s troubled relations with North and South Korea.