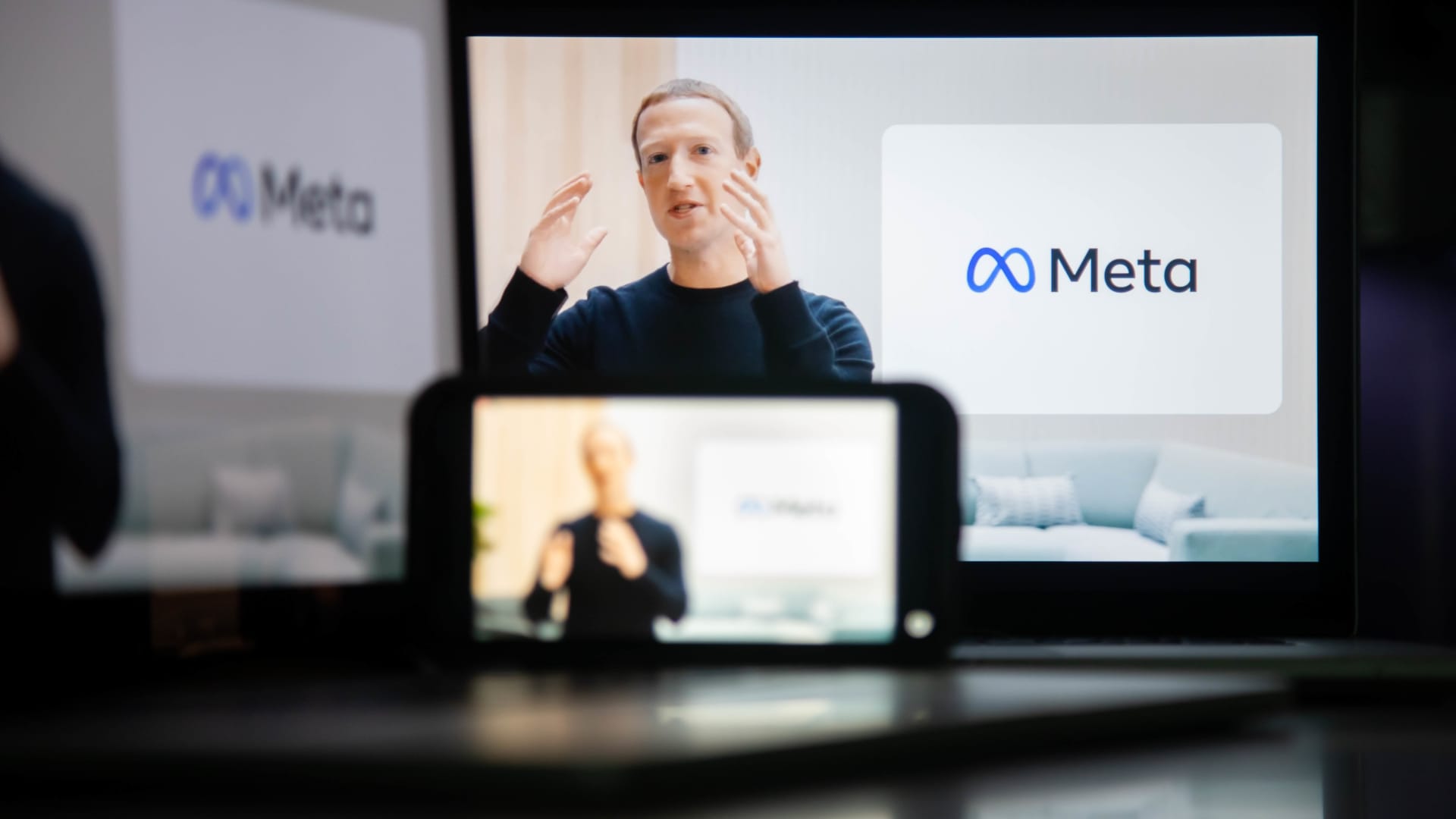 Meta is introducing a new way for people to log into virtual reality headsets without using their Facebook credentials, the company’s latest effort to separate its futuristic metaverse ambitions from its core social media business.

Mark Zuckerberg, CEO of the company now known as Meta, announced in a Facebook post Thursday that Meta accounts will debut in August. Users will be able to access their Meta Quest VR headsets with their new accounts and see a history of their VR app purchases.

While Meta still derives almost all of its revenue from its Facebook family of apps, Zuckerberg is trying to convince investors and a certain subset of customers that the company is headed in a different direction as the metaverse evolves. .

Zuckerberg’s vision of the metaverse involves an assortment of virtual worlds accessible by virtual and augmented reality technologies. Although VR and AR headsets are still niche devices in a smartphone-dominated world, the Facebook founder has signaled that they represent the future of computing and he recently said he’s looking at 1 billion users spending hundreds of dollars each in the metaverse by the second half of the decade.

The story, however, looks very different today. Reality Labs, the division of Meta responsible for developing the Metaverse and its underlying technologies, posted a loss of $10 billion in 2021.

Meta is also trying to make amends with its current customer base of Quest VR users after the company previously asked them to use their Facebook accounts to access the headsets. The backlash led Meta to announce in October that it would change course.

“When we announced that we would start requiring people to log into Meta Quest using a Facebook account, we received a lot of feedback from the Quest community,” the company said in a separate blog post. Thursday. “We took this feedback into account when designing a new Meta account structure that gives people flexibility and control.”

Along with ditching the need to use Facebook IDs, Meta is making a marketing shift to better showcase the brand. Rather than users having Oculus profiles, they will now have Meta Horizon profiles. Facebook inherited the name when it acquired Oculus in 2014 to enter the virtual reality market. Now users will be able to use their Meta Horizon profiles to customize their VR usernames, virtual avatars and other information, the company said.

A Meta spokesperson told CNBC that users will need both a Meta account and a Meta Horizon profile to access the company’s VR headsets.

The blog post also noted that Quest VR users will have “followers” instead of “friends”, which will make the Quest nomenclature more Instagram-like.

“If you already own a Meta VR headset, your Oculus friends will automatically become your followers and you will follow them by default,” the post details. “You can choose to unfollow anyone or remove followers at any time.”

Meta is also launching new tools to allow users to manage their privacy settings in VR, allowing them to choose whether they want their Meta Horizon profiles to be open to everyone, only friends and family or that they remain private.

LOOK: What is the metaverse and why are billions of dollars spent on it?