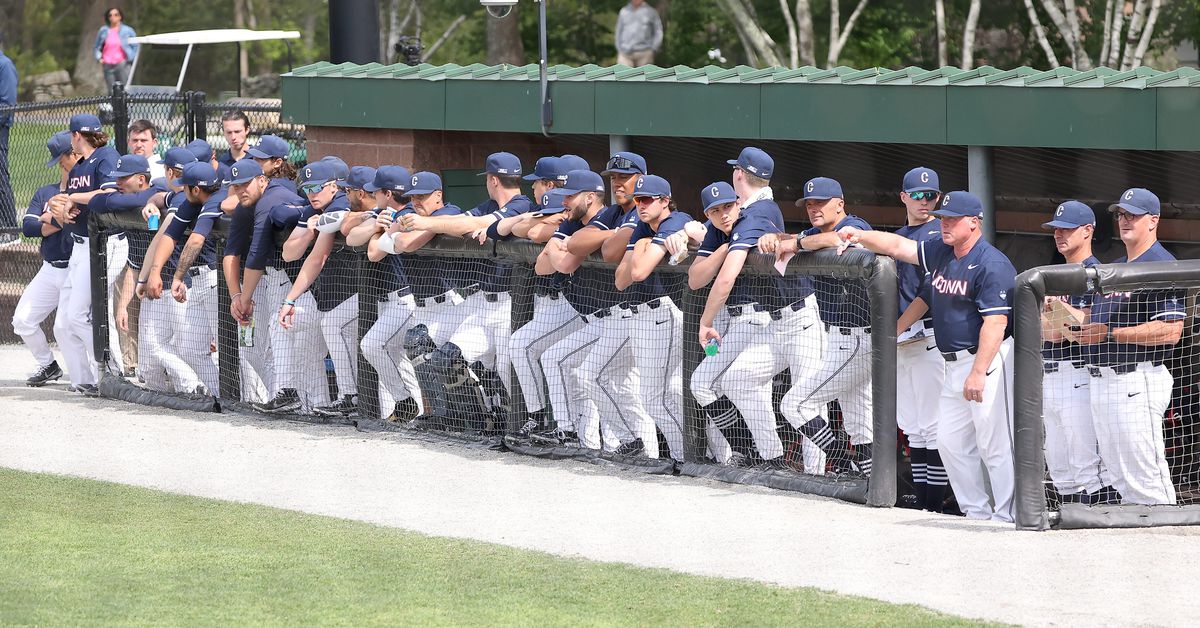 Despite battling back to multiple deficits twice in the second half of Sunday’s regional final, UConn baseball ultimately fell 7-6 in extra innings against Maryland, setting up a spectacular game for the winner Monday.

“I don’t know how anyone could walk out of this game and not be a baseball fan,” head coach Jim Penders said. “Every pitch meant something, high drama, high stakes, and our young guys came out and fought.”

The Terrapins took a 3-0 lead in the first inning, getting hard contact with UConn starter Enzo Stefanoni with a single, a double and a three-run homer.

But with their backs to the wall, after failing all game, the Huskies offense responded with a four-run sixth inning. Ben Huber and Casey Dana received free bases to start the inning, then Matt Donlan kicked the score with a sacrifice fly. RBI singles from Korey Morton and TC Simmons added two more and David Smith capped off the comeback with an RBI grounder.

Maryland regained the upper hand with a pair of runs late in the seventh inning, but UConn fought back again with a triple RBI from Smith, who scored from third on a passed fly to tie it at 6.

The two teams fought tooth and nail in extra innings, with UConn reliever Devon Kirby giving a stellar performance with 4.1 innings and allowing just one earned run and striking out a season-high six batters. . Maryland emptied its bullpen, using Friday starter Ryan Ramsey to help keep the Huskies at bay in the extra innings.

UConn is now heading to a showdown with Maryland on Monday night in a knockout game for a super regional berth against Stanford or Texas State.