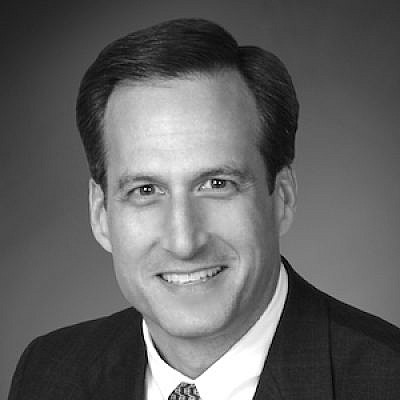 Forging the future of worship | David A. Lyon

Late last month, a New York Times opinion writer wrote about “Why Churches Should Abandon Online Services.” Fortunately, Tish Harrison Warren, priest of the Anglican Church in North America, was not speaking on behalf of the synagogues, although his opinion caught the attention of some observant Jews. Warren’s conclusions might work for her or maybe they’re a deep hope she clings to, but as anyone can assume, in business, education and religion, a hybrid model is there for to stay. At Beth Israel, online services kept us together and allowed us to engage even when we returned to in-person worship.

In his essay, Warren repeated the word “incarnation,” which revealed a clue to his thesis. Although she did not quote her Bible (Matthew 22:37), it is the book of Deuteronomy that she is alluding to when she writes: “We seek to worship wholly—with heart, soul, the spirit and the force — and the incarnation is an irreducible part. of this fullness. In Deuteronomy 6ff we learned, “You shall love the Lord your God with all your heart and with all your soul and with all your strength. These words are the continuation of the verse of Deuteronomy 6:4, which, for the Jews, defines the unity of God: “Hear, O Israel, the Lord is our God, the Lord is one. The commentaries refer to this text as a commandment (mitzvah) for individuals to witness to God with their full effort but not necessarily with their whole body, especially if it cannot be fully engaged. Moreover, the fact that the Hebrew text did not provide for a Christian does not make his point any clearer.

Warren adds that despite CDC recommendations and other federal guidelines, “there is always a risk, of course, but the goal has never been – and should never be – to eliminate all risk of disease and of deceased”. Why not? If I had my preference, I would prefer a system that could eliminate all risk of disease and death, but failing that, I would accept any system that offers every means of avoiding disease and most certainly death. What theology is she peddling that accepts as God’s will that sickness and death are not something we should avoid at all costs? The answer lies precisely in his theology, which sees the will of God not only in the privilege of life but also, according to his Christian vision, in the privilege of death. For in death comes the Kingdom of Heaven. In Judaism, when we die, we mourn for reasons that are obvious to us, and because we lose the privilege of making a commandment (mitzvah) and living in covenant with God, in the “here and now”.

During the period of the Black Death (14and c), without science, vaccines and masks, the church prevailed as the only means of help. God’s will was credited for the reason that some lived and some died. Priests were especially willing to die for God’s sake and to teach others that death would come to those who were destined to die. It’s sad to think that’s all they had to fight the scourge of the Black Death, but it’s worse to think that any part of that medieval theology could be present or even hinted at, today.

In another Bible reference, she alludes to the golden rule, “Love your neighbor as yourself, saith the Lord.” It first appeared in the Hebrew Bible, in Leviticus 19:18. As part of the Holiness Code, “love” was integral to a sacred community, but never at the expense of the health of that community. Further in Leviticus, a priestly book, are instructions to protect the community from contagions long before the world knew about contagions and how to prevent them. But even in ancient times, the High Priest separated the contagious person, the “metzorah”, from the community to prevent its spread. No one then or now could read this text and conclude that being in person during a pandemic was the correct reading of Leviticus 19:18, or Matthew 22:39, where it later appears in the Christian Bible.

While I disagree with the writer’s use of biblical references in this context and their application in today’s pandemic world, I commend his passion for living by his texts in a world where we can be in person. However, she should note that the world has changed, and in many ways there will be no turning back. Just as medieval views were edited by the Renaissance and the Enlightenment, without questioning the best of our holy books, we must accept that technology is here and has permanently transformed the way we engage with each other. others, physically and spiritually.

What’s worse is that many places of worship didn’t start integrating technology before it became ubiquitous during the pandemic, even among older people who were once the slowest to adapt and who depend more than ever. Now these places of worship are either being left behind for lack of funds to purchase equipment for online services, or they are falling behind and losing voters who find their way elsewhere online, even across town or Across the country. At best, it is these houses of worship that embrace hybrid models and see, not an end to what was, but a beginning to what will necessarily be.

There’s no substitute for in-person experiences where friends and newcomers greet and mingle, touch hands, openly kiss, and communicate in real time without turning on the sound first. But for those who are housebound, have underlying conditions, or cannot attend in person, the technology of online experiences is a boon to their health, wellbeing, and spiritual life.

Example: Congregation Beth Israel welcomes worshipers from all over the country. We have participants in Torah study and other programs who join us regularly from other cities. They are so familiar to us that we wouldn’t know they weren’t in Houston except we never see them in person. We have become friends and they consider us their rabbis and their congregation. In one case, a wonderful woman out of state has joined the congregation, attends services, studies Torah, and even sits on a committee. She does all of this online with no hesitation about physical presence or in-person presence. I consider her a Temple member with full privileges, even leading an online program from home. I also miss seeing it when it’s not available online.

The Anglican priest may lament the lack of full embodiment through personal worship, but if he works on this without asking, “Where are the people?” What are they doing?” she will miss a vital opportunity to do as the rabbis of old did when their communities, after the destruction of the Temple, were dispersed beyond the epicenter of Jewish life. The Rabbis of the Talmud said: “Go see what the people are doing and act accordingly” (Berachot 45a). In those days the Jewish way was determined by the practice of the people and not by the religious authorities. Our Sages also taught: “Eilu va’eilu”, these and those, meaning: “Both are the words of the living God. There is a place for in-person and online experiences. They engage us both spiritually and personally, and no one is spared the privilege of performing a mitzvah that commands us: “You shall love God with all your heart, with all your soul, and with all your strength” and “Love your neighbor as yourself, says the Lord.

Rabbi Lyon is the Chief Rabbi of Congregation Beth Israel, Houston, Texas. Lyon can be heard on iHeartRadio’s “Heart to Heart w/Rabbi David Lyon” podcast on Sunny99.com. He is the author of the book “God of Me: Imagining God Through Your Lifetime” (Jewish Lights 2011), available on Amazon.com. He is vice-chairman of the board of directors of the CCAR (Central Conference of America Rabbis). In Houston, Lyon is a member of the United Way of Greater Houston Board of Directors; member of the advisory board of the Holocaust Museum Houston; Greater Houston Interfaith Ministries Board Member; and member of the ADL Mutual Respect Coalition.