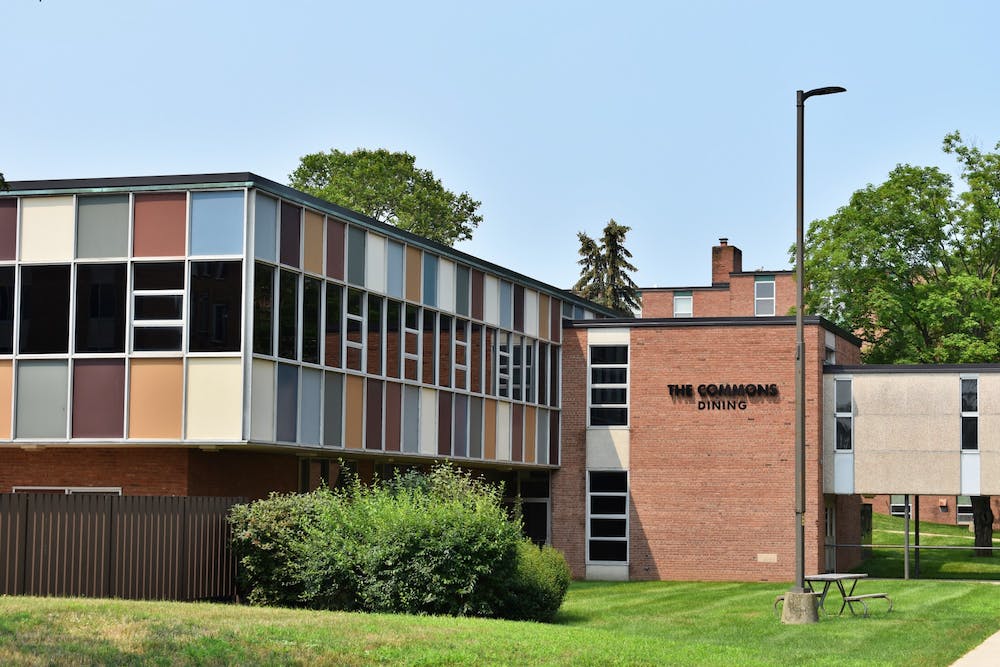 A petition calling for higher wages and better meals for Eastern Michigan University catering students has garnered more than 300 signatures since its launch.

On February 5, EMU junior Coreena Forstner organized the petition campaign. Although she has never really thought of an end goal, she mostly wants to make other students realize how horrible EDining is to her primary consumers.

Forstner said she decided to start the petition on a whim as she reflected on the bad experiences she had had with EMU’s on-campus food services, from “impossible to miss raw burgers.” constant number of options, high waiting times and early closures of all food places.

“I don’t remember a really good experience with meals,” Forstner said. “The night I posted the petition, the EMU Engage app was inundated with outraged students. While I was at Eastern Eateries that evening, I waited in a line of over 20 students just Only one kiosk was open for the Grille (all other locations were closed), and there were only two students in the back struggling to contain the overflow of new orders. I also felt enraged, for us students who are forced to eat only at the Grille or go hungry, and for workers who were forced to feed most of campus while earning minimum wage.

“Fortunately for me, I don’t have any dietary restrictions, but for many students it’s not that easy, and the lack of access makes feeding nearly impossible,” Forstner said. “I was a vegan for three years, but hit my breaking point while living on campus because I was starving every day due to lack of student diet options.”

The main reason Forstner wanted to start the petition is for EMU students and food service employees as a whole.

“Although I have never personally worked in food services, I have only heard negative things from students and colleagues who eventually quit due to workload and depressed wages” , Forstner said. “Many restaurants have been forced to close due to a lack of staff, but there is a clear solution to this problem.”

The ultimate goal of Forstner’s petition is for EDining to pay students better wages and improve the mental and physical health of student workers through better support.

“If students were paid what they deserved, more students would be willing to work to eat because they would have more physical support from other colleagues as well as the financial support they deserve.” Forstner said. “For me, higher wages would solve the perennial problem of early closings, limited locations, high wait times, incorrect meals served, and the amount of undercooked, even moldy, food served.”

“To the restaurant workers doing their best: I don’t blame you for any of these issues. I sympathize with you and I’m sorry you had to work in such horrendous conditions,” Forstner said in a statement. “At the end of the day, students and workers deserve better from their colleges, especially if they’re forced to spend thousands of dollars on a mandatory meal plan while living on campus.”

While many fast-food chains such as McDonald’s and Arby’s have recently begun advertising starting wages averaging $15 an hour, EDining employees all start at minimum wage, which is currently only $15. $9.87 in the state of Michigan.

“You get paid very little for doing a lot and selling expensive food at college prices and dealing with characters that aren’t the best,” said Jp Croom, an EMU student who works in markets.

“The management was correct; some days were good, some were meh,” Croom added. “We had a manager for at least part of the day, although sometimes there was one all day.”

EMU responded to the petition, saying it was aware of this and was open to receiving feedback from student workers.

“EDining is aware of the active student petition on change.org,” EMU Media Relations Manager Melissa Thrasher said in a written statement. “EDining cares deeply about our team members, especially our students, and we are grateful for their time with us. We understand that this semester has been particularly difficult in some places, as we continue to manage the labor shortages.”

There are many EDining locations throughout campus, including the Student Center Market, Restaurants, Communes, and Mondo.

“EDining welcomes all feedback from our students on ways to support our team and campus presence,” Thrasher said in a written statement. “We appreciate the feedback we receive regularly from EMU Engage, social media accounts and our lines of text to solve. This feedback helps us develop and improve our customer experience. We encourage students who have feedback to contact us directly at [email protected]”