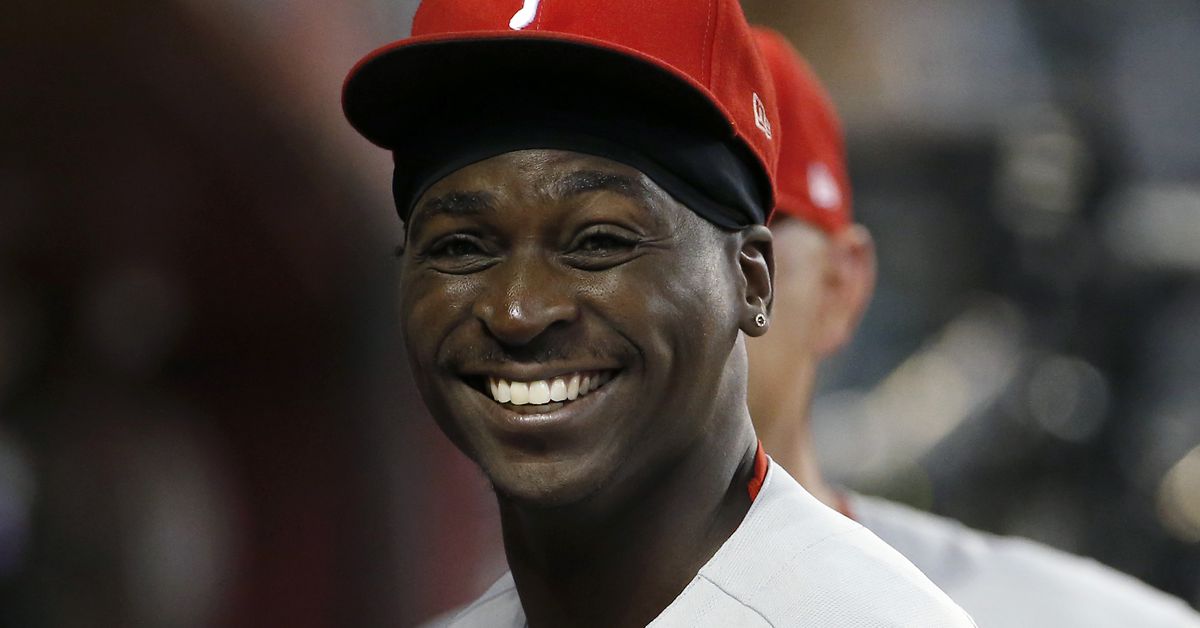 In the first part, we talked about Didi’s journey. In this article, we look back on his professional journey.

Didi is waiting for the opportunity to play professional ball and this opportunity is given to him by Jim Stoeckel. At age 17, Mariekson Gregorius was signed by the Cincinnati Reds. Reds scout Jim Stoeckel, who would eventually lead the Dutch national baseball team for three stints, sees Didi training in the Netherlands in a tournament for teams across the Kingdom. According to a Dutch baseball website, Didi pitched twelve scoreless innings and earned the top pitcher award for it while batting an average of .304:

He saw Gregorius’ name on the Curaçao list. “Does he have a connection with Didi?” Stoeckel asked one of the Dutch officials. “He’s his son,” was the reply.

– Tale on the location of Didi Gregorius by Jim Stoeckel, article by mlb.com, May 1, 2018 (English)

Jim Stoeckel has known Didi Gregorius Sr. since his first stint as manager of the Dutch team in the 1980s when he signed him up as a pitcher. After a private showcase and thanks to his personal connection with the family, the American manages to convince Didi’s parents: he and executive Terry Reynolds promise to bring Didi Gregorius to Instructional League in Florida and for a bonus of 50,000 $. Didi signs in Red at 17.

It was in the instructional league after we signed him and he was young and nimble, very athletic and laid back. He had the tools, a little skinny but you could tell by his actions that he had room to grow. And he played with a little flare. He had energy and you could tell he loved to play.

As a pitcher, Didi apparently hit 90-92 mph on his fastball, but scouts mostly see Didi Gregorius as a shortstop due to his great reach, quickness and most importantly strong arm. His first steps as a professional baseball player were for the Gulf Coast League Reds in 2008, now known as the Arizona League Reds. A Reds minor league website mentions:

When it comes to positional players, I have to say Gregorius, Kuo and Lutz top the list. All were well-rated international signings with 6-figure bonuses.

His freshman year isn’t great though. Probably adapting to a new environment, playing on grass, better competition are factors for which Gregorius struggles for a .155 BA in his first professional season. Gregorius is an aggressive hitter: he walks little, he hits little but is not very patient either. His first pro season is also strongly influenced by a very low BABIP. Failure and success are constant factors in Didi’s minor league seasons. Every time he’s promoted he struggles with the stick, but the Reds’ minor league system maintains faith in a shortstop who’s considered “above average” defensively. Perhaps one of the other reasons Gregorius is able to keep himself afloat is his attitude:

[…] he could handle failure. He would go 0-for-4 and come back smiling the next day. He has a short memory and lives to play baseball.

– Tale on the attitude of Didi Gregorius by Jim Stoeckel, article by mlb.com, May 1, 2018 (English)

Barely a power bat and with a lack of speed on the bases to become a basic stealing force, at least the defensive abilities stand out to compensate for the very average bat. However, Didi Gregorius is steadily rising through the ranks of the Reds’ prospect rankings. In 2010, a Reds fanblog mentions: “His career is still in its infancy, but the potential is undeniable.” Another Reds minor league website lists him in their prospect rankings as 23 (2009), 17 (2010), 12 (2011) and 7 (2012). At the time he got involved in the trade rumor mill in 2012, Barry Larkin on his own baseball blog ranked him #5 on his prospect list, providing a very detailed analysis of Didi in which he stood out.

[…] despite Didi’s limited offensive play, it’s hard to ignore the likelihood of him becoming a starting shortstop over multiple seasons at the MLB level

Larkin’s article was apparently already in the pen when the trade around Gregorius took place. And while there was consensus on various scouting websites that Gregorius could become an MLB regular, none of them drew a comparison to Derek Jeter, as the late Kevin Towers would justify his business decision at the time. Instead, Reds fans agreed they traded from a surplus of shortstop options, with Zack Cozart being the preferred option due to his better batting skills and stats. D-backs fans were thought to be furious with the trade. Reading comments from various articles posted on AZSnakePit at the time, fans thought the D-backs gave up too much, especially Trevor Bauer.

As expected, Didi would start the 2013 season in Triple A, also due to injury, but was soon recalled after injury to Aaron Hill. In his first at bat at Yankee Stadium, he would hit a home run and start the season with an unreasonable batting average and a BABIP. Struggling with left-handed pitching, he would eventually end up with a 91 WRC. Steven Burt wrote an interesting trade journal article about Gregorius who, at the time, was favored because Trevor Bauer was not making an impact in Cleveland.

But heading into 2014, Gregorius isn’t a lock for the shortstop position. In September 2013, top prospect Chris Owings was called up and made an impact, creating the first signs of a possible stalemate in that position with Owings, Gregorius and Pennington, as Jim McLennan perfectly analyzed in November 2013. Gregory? Exchange your debts? Swap Hill?

Nothing happens and Kevin Towers says to “let them fight” in spring training 2014, where ultimately neither Gregorius nor Owings makes an impact. However, a few games into 2014 and Gregorius lost the starting job to Chris Owings and was demoted to Reno where he coincided with another interesting shortstop prospect: Nick Ahmed. Apparently the club want to turn him into a super utility man, but when Chris Owings hits the DL later in the season, Gregorius is called up again. Again, he is unable to leave an impact. The AZSnakePit community is divided on Gregorius and the situation seems untenable from a baseball perspective.

In 2014, a new front office led by a certain Dave Stewart took over and hastened to swap one of its young shortstops to resolve the impasse. The New York Yankees are looking for a young arm with high potential on his shortstop position and in a low-level three-team trade, they acquire Gregorius as a successor to Derek Jeter (Robbie Ray and Domingo Leyba sent to Arizona by the Tigers).

Although there is now, in 2022, doubt about his performance and the Yankees have decided to let him walk in 2019, Gregorius has been quite successful in New York, especially in 2017 and 2018, and one of the favorites fans. It’s a remarkable feat for Gregorius, who has embarked on the difficult task of being Jeter’s successor and succeeding with what is arguably the greatest baseball club in the world. The reason for its success? Probably his discipline:

Curaçaon’s major leaguers are all disciplined. In particular thanks to their mothers: “Caribbean mothers are the toughest in the whole Caribbean”.

Some Major Leaguers still have to prepare their bed at home when they celebrate their holidays in winter, others have to do the dishes. Modesty and down to earth are the basis of a successful sports career […]: “is the person well developed, that the sport has a chance”.