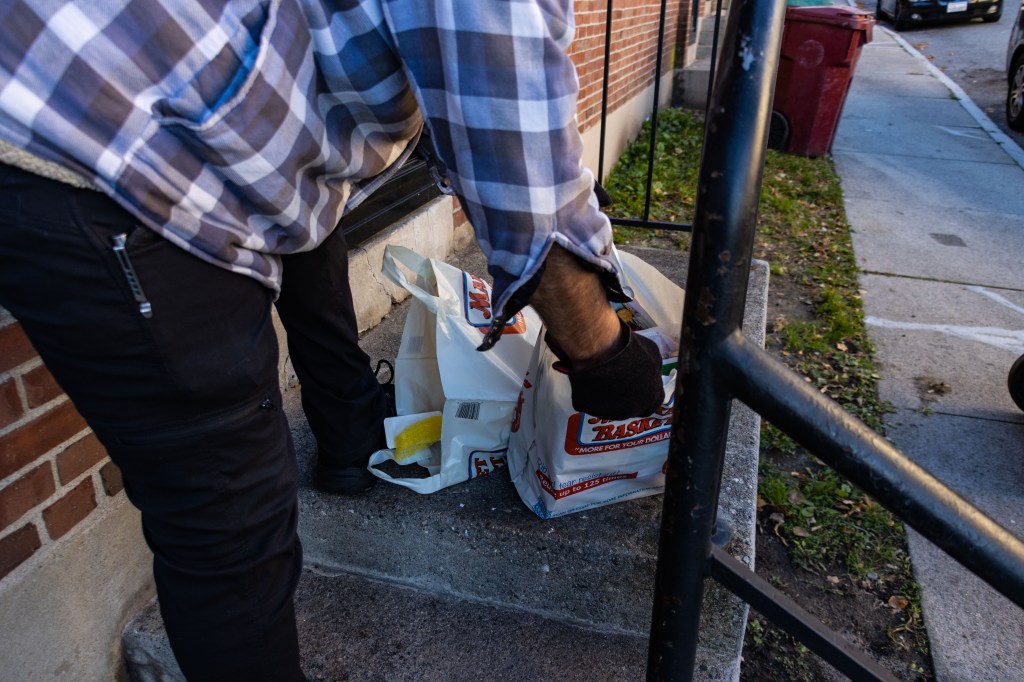 LOWELL – Many residents of Lowell Housing Authority units will have a full Thanksgiving meal this week, thanks to members of the Greek Orthodox Church of the Transfiguration.

Church members delivered 72 turkeys and other food Saturday morning to residents of the townhouses between Hancock Street and Common Avenue, right next to the church building.

â€œWe wanted to do something local for our neighbors,â€ said Christian Zouzas, a member of the church’s board of directors, who organized the distribution of meals. â€œWhen you send a check to this or that organization, you don’t see the effects, but the most powerful thing you can do is help your neighbor. “

Each unit received a turkey and a bag complete with buns, stuffing, mashed potatoes, peas, cranberry sauce and gravy, all uncooked so they could be prepared by each family when they were ready for them.

Zouzas explained that in previous years when the church held festivals on his property, they brought leftover food to nearby residents, but he had always wanted to make a formal delivery. This is their first year doing it and they plan to do it again as Christmas approaches.

For future Thanksgiving, Zouzas said he hopes he can deliver meals to even more residents of the Housing Authority complex, which also includes several apartment buildings, but as of now, they don’t have access to these buildings.

The church has also hosted Thanksgiving dinners in the past, but due to the COVID-19 pandemic, it has not been able to do so in the past two years.

â€œWe thought we would bring it to them,â€ said John Dristiliaris, who helped distribute the meals.

Zouzas said many families he met on Saturday morning were especially happy to receive help this year, as turkey prices skyrocketed due to supply chain issues caused by the pandemic.

â€œA lot of people were smiling when we knocked on their doors,â€ he said. “A lot of families thought they wouldn’t have a turkey this year.”

Lisa Abramovich, who lives in one of the units and helped with meal delivery, echoed this. She said that a woman she met almost cried when she saw the bags of food, and another told her that she had lost her husband this year and that it would be her first Thanksgiving without him.

â€œShe said, ‘Lisa, I wasn’t going to celebrate this year,’â€ Abramovich said. “She was so happy and grateful.”