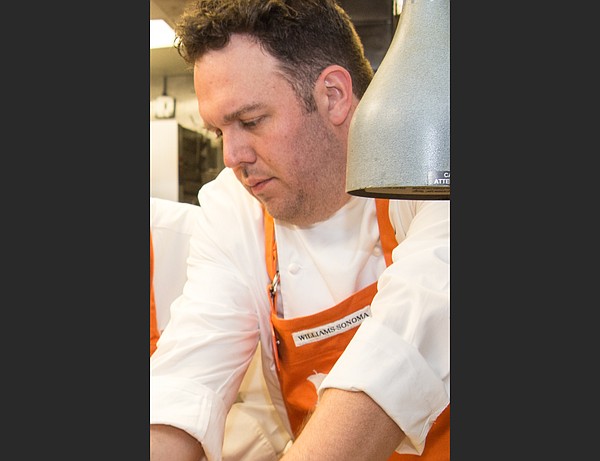 Little Rock will soon get a Big Bad Breakfast.

Co-owner / operator Ben Brainard withholds the target opening date, but says it will be in early 2022, in the former Arvest Bank building at West Markham Street and Bowman Road, behind David’s burgers.

Brainard, who says he’s been working on it since leaving Yellow Rocket Concepts a year ago, says he wasn’t really ready to provide details, but admits he wasn’t. possible to sit fully on things. “It’s Arkansas’ worst-kept secret,” he says.

According to its website, bigbadbreakfast.com, the Birmingham, Alabama-based chain has existing outlets in Oxford, Mississippi; Greystone, Homewood and Florence, Alabama; Inlet Beach, Florida; Charleston, South Carolina; and Nashville and Franklin, Tenn. And it’s growing rapidly in several states, including Tennessee, where a company-owned restaurant opened this week in Memphis, and another outlet resides in Chattanooga. The website notes that outlets will soon be arriving in Louisville, Ky., And Mobile, Alabama.

There’s also a connection to Nashville-based Fresh Hospitality, with which North Little Rock-based JTJ Restaurants is an Arkansas partner. Mediterranean Taziki Coffee electrical outlets; Waldo Chicken & Beer, which has an outlet under construction in North Little Rock; and the gradual expansion of Count Porkula BBQ, which we reported on last week.

Brainard says the Keet are minority partners with him and co-owner Brandon Finch. (“We’ve got a little piece,” confirms JTJ paterfamilias Jim Keet.) Brainard says there are plans to add additional locations in Arkansas down the line.

James Beard Award-winning Chef John Currence, who created the Big Bad Breakfast concept, runs new outlets as they arise. To that end, Brainard says, the menu will initially be closely tied to Currence’s biggest BBB hits. A check of one of these menus begins with specialty omelets: “Creole”, with crayfish, andouille sausages, tomatoes and cheddar cheese, topped with tomato sauce and green onions; “Cahaba Lily”, with seasonal herbs, tomatoes, shallots and Swiss cheese; and “L’Hospital”, with “whatever you want on the menu, stuffed in an omelet”.

Also on the menu: scrambled egg skillet plus pancakes, French toast, waffles and cookies and gravy. The full menu is also available for lunch and dinner. “You can have fried chicken for breakfast, fried eggs for lunch, or burgers for both,” according to the website.

And assuming Brainard applies for an alcoholic beverage license, “We make the best Bloody Mary in town from scratch, our mimosas and screwdrivers are made with fresh juice, and our Irish Coffee is modeled after the recipe. original served at Buena Vista. Café in San Francisco. “

The Whole pork coffee which was located at 5107 Warden Road, North Little Rock, opened quietly over the weekend in the old Applebee’s, 4333 Warden Road, North Little Rock. Among the advantages of the new location: it is self-contained (the old one is in a strip center), with more space (including additional outdoor seating in a large heated covered patio) and plenty of parking. Hours of operation are 11 a.m. to 8 p.m. Monday to Saturday. Telephone: (501) 753-9227.

Apparently about to open: Camp Taco, the latest project from Yellow Rocket Concepts, 822 E. Sixth St. in the East Village of Little Rock (formerly Sixth Street Brewing Co. and before that, Rebel Kettle). Amber Brewer, creative director and brand manager for Yellow Rocket, said last week that staff issues were delaying an opening date, hours of operation and a phone number. A post from October 2 on the Facebook page, facebook.com/camptacobeer, was a plea for “a few good people in key positions. We are currently looking to fill vacancies in our kitchen team, reception staff and reception service”. The website, camptaco.com, described Camp Taco as “[a] new small batch brewery project from the team of Lost Forty Brewery … a place for games, snacks, live music and experiences to rival your best summer camp memories – plus beer and tequila. »There will be entertainment on a large outdoor stage.

Charlee’s Good Times Drink, which was located inside the Prospect Building, 1501 N. University Ave., Little Rock, is relocating to the old Damgoode pies Location of River Market, 500 President Clinton Ave., mid-November. Food blog The Mighty Rib says it expects an expanded menu, TVs, a music stage, and possible weekend brunch. The club must give up its license open until 5 a.m., inherited from the old local, to take the step. No one answered the given telephone number, (501) 904-1127; the space on University Avenue has been more or less emptied.

A new convenience store, a EC quick shutdown, opened at 3310 E. Kiehl Ave., Sherwood, but the reason you see it in this column is the wide variety of prepared foods it offers, including half a dozen small items. – lunch, wings, catfish, appetizers, nachos, sandwiches, salads, shrimp, frog legs, burgers and desserts, all of which you can order online. Hours are 6 a.m. to 11 p.m. daily. Telephone: (501) 819-6116; ecsquickstop.com.

The rain forced the postponement of the training of the Education and Resource Center of Seis Puentes Hispanic Heritage Month Art and Food Festival at 11 a.m. to 2 p.m. this Saturday at Argenta Plaza, 510 Main St., North Little Rock, with food trucks, art vendors and performances by Ballet Quetzalli, Oscar Gomez, Mariachi Arrieros and DJ Miguel Gomez (the shows Live are sponsored by the North Little Rock Convention and Visitors Bureau). Free entry. The event’s Facebook page, facebook.com/events/1304773903273358, has been updated.

Applications are open until October 31 for 2022 from the Ministry of Parks, Heritage and Tourism Arkansas Food Hall of Fame, honoring the culinary heritage of the state. Department Secretary Stacy Hurst reports that the department has received more than 2,000 nominations representing all 75 counties for the 2020 honors, in five categories:

◼️ Owner of the Year, honoring a chef, cook and / or restaurateur who has had “a significant impact on the food industry”

◼️ Gone But Not Forgotten, memory of past establishments

◼️ Choice of the public; restaurants or food trucks, new or old, are eligible.

Mcdonalds brings back the McRib on November 1, marking the 40th anniversary of the introduction of the sandwich, a seasoned boneless pork patty coated in barbecue sauce, then topped with minced onions and dill pickle slices on a homemade bun. It will be available, as always, for a limited time at participating restaurants. 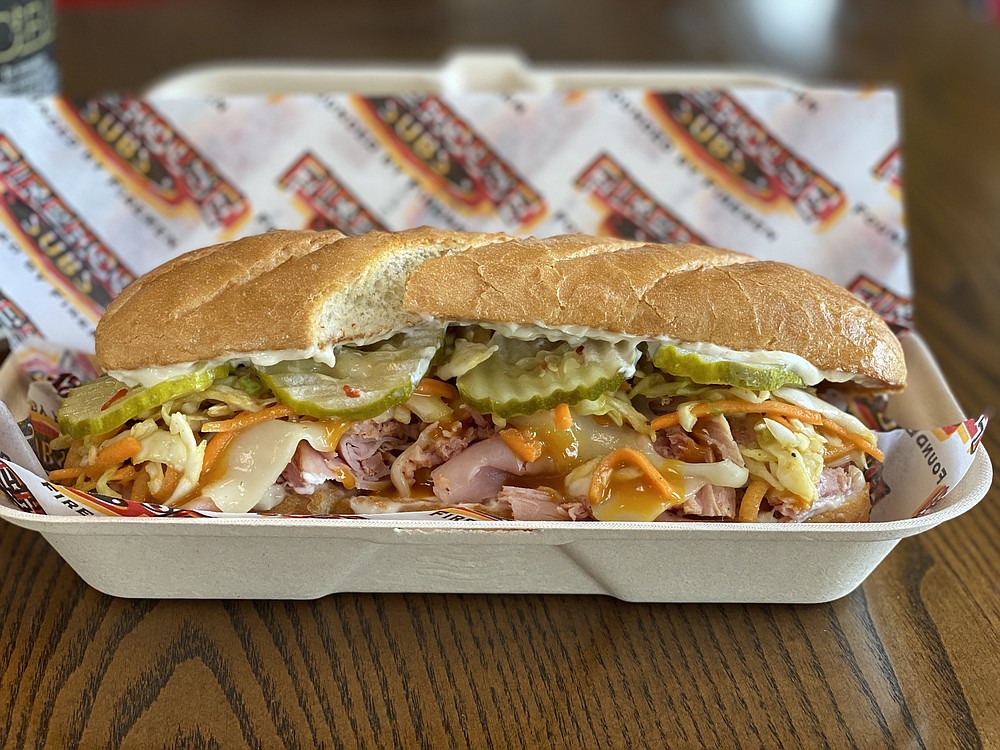 Firehouse Subs adds a Cuban Sub BBQ to its offerings. (Special to the Democrat-Gazette)

September 27, North Little Rock Texas roadhouse Butcher Bryan Delgado won the Qualifier Meat Cutting Challenge preliminary round, beating 10 chain butchers from Arkansas and surrounding states – Little Rock, Benton, North Little Rock, Texarkana; Tyler, Texas; and Joplin, Mo. – at the Arkansas Skatium in western Little Rock. In this first round, each participant received 30 to 40 pounds of beef, consisting of a sirloin, tenderloin and rib eye to be cut, judged on quality, yield and speed. Delgado qualifies for the semi-finals in February in Nashville, Tennessee. The winner of the national competition receives a grand prize of $ 20,000 and the title of meat cutter of the year.

Has a restaurant opened or closed near you in the past week or so? Does your favorite restaurant have a new menu? Is there a new chef in charge? Write U.S. Send an e-mail to: [email protected]

Staff shortages in UT dining halls have an impact on students