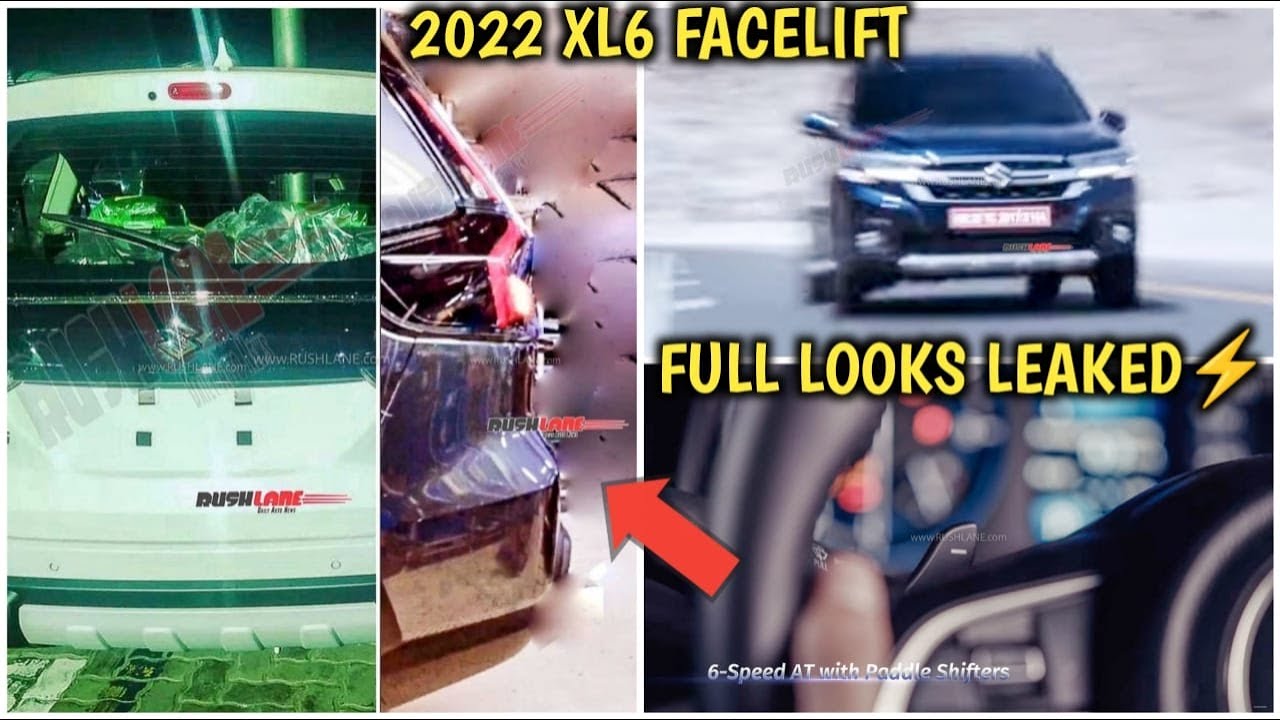 After Maruti Ertiga, even the XL6 is set to get the updated 2022 version whose design and specs have leaked online

The design and specification details of the Maruti XL6 2022 have been leaked on the internet. The images are direct from the factory and clearly show the rear part of the MPV. Designed to be a slightly premium version of the recently launched Ertiga, the XL6 brings some new age updates to its design to distinguish itself from the outgoing model. Let’s see what the leaked photos reveal.

You May Also Like: 2022 Maruti XL6 vs Older Models Comparison

You might also like: The interior of this Maruti Ertiga gives the impression of belonging to a higher segment

The video was uploaded by this famous YouTuber who includes the spy footage of Rushlane. Up front, the overall design language remains the same as the current model, but everything has been spiced up with a generous use of chrome. The hood line above the grille has new chrome trim compared to the old model. The grille has a thick chrome plate. Under the front bumper, the skid plate is quite massive and visible. The design of the alloy wheels could also be updated a bit. At the rear, the XL6 will feature a vertically stacked LED taillight cluster with a smoked effect and a chrome strip between the two taillights. The skid plate is quite prominent at the rear and also informs a sporty stance.

We’ve seen that Maruti powers the XL6 with the same powertrain as the Ertiga. This means the XL6 will also feature the next-generation 1.5-litre petrol engine with new progressive intelligent hybrid technology which is said to produce 105PS and 138Nm of peak power and torque. For transmission duties, customers will have the option of choosing between a 5-speed manual or a 6-speed automatic with paddle shifters.

Although not much has been revealed, it will most likely get the new infotainment system with Maruti’s latest operating system, Connected Car Tech features with Hi Suzuki command, tire pressure monitoring system, the hybrid powertrain information on the screen, the automatic air conditioning steering. mounted controls and much more. The launch is scheduled for this week. Prices are expected to hover around Rs 10.50 lakh to Rs 12.50 lakh, ex-showroom. These are the design and specification details of the Maruti XL6 2022 that have been leaked.

Join our official telegram channel for the latest free updates and follow us on Google News here.

Looking for a tax-free loan? It’s Probably Not Worth It, Experts Say |